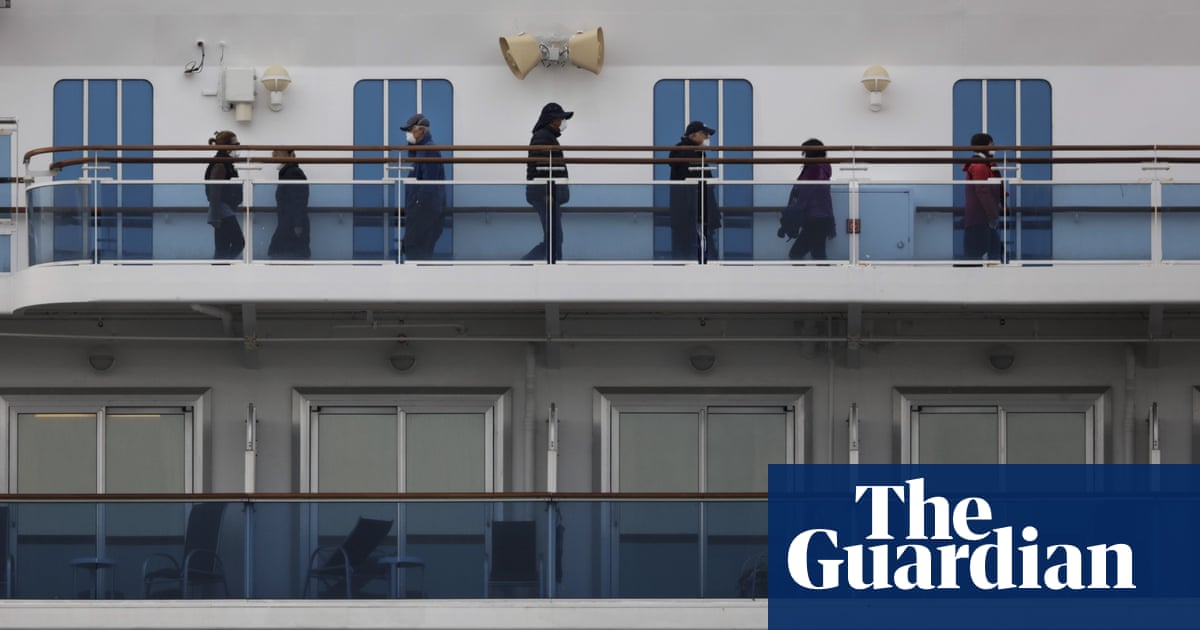 Hundreds of American passengers onboard a cruise liner quarantined in Japan due to the coronavirus outbreak will be flown home on chartered aircraft, the US embassy in Tokyo said on Saturday.

The aircraft is expected to arrive in Japan late on Sunday to fly the estimated 380 US citizens onboard the Diamond Princess to Travis air force base in California, where they will have to spend another fortnight in quarantine.

The embassy said in a letter to the passengers that they would have to undergo health checks before boarding the US government-chartered plane, adding that those showing symptoms such as a fever or cough would not be allowed on the flight.

The plane is expected to leave from Tokyo’s Haneda airport on Monday.

“Passengers will be screened for symptoms and we are working with our Japanese partners to ensure that any symptomatic passengers receive the required care in Japan if they cannot board the flight,” the letter said.

“Should you choose not to return on this charter flight, you will be unable to return to the United States for a period of time.”

It added: “We recognise this has been a stressful experience and we remain dedicated to providing all the support we can and seeing you safely and expeditiously reunited with family and friends in the United States,” the letter said.

The Diamond Princess’s 3,700 passengers and crew were placed in quarantine on 3 February after it emerged that a passenger who disembarked in Hong Kong at the end of last month had tested positive for the virus.

So far, 218 people on the ship have tested positive for the coronavirus, officially known as Covid-19 – the biggest cluster of cases outside China. The remaining passengers and crew must remain onboard at least until their two-week quarantine ends next Wednesday.

Matthew Smith, an American passenger, said he would prefer to see out the next few days of quarantine in his cabin than leave early and potentially spend another two weeks in isolation in the US.

“Incredibly disappointed that the US government has decided to throw a monkey wrench into the quarantine we have maintained here on board the Diamond Princess. If we stay onboard through next week, we will be tested and will likely come up negative,” Smith tweeted on Saturday.

“But the US government instead wants to take us off without testing, fly us back to the US with a bunch of other untested people, and then stick us in two more weeks of quarantine? How does that make any sense at all?”

Japan’s health ministry allowed 11 passengers to leave on Friday, giving priority to those aged over 80, and those who have pre-existing medical conditions or are staying in windowless cabins.

Please navigate to Appearance → Widgets in your WordPress dashboard and add some widgets into the Sidebar widget area.