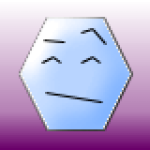 EXPERTS have launched a desperate search for the elusive ‘Patient Zero’ in the hope of finding a vaccine to stop the killer coronavirus from spreading further.

Researchers from all over the world are racing to find the earliest source of the infection as the first death outside China was reported in the Philippines this morning.

Wuhan, a city of 11million people in the Hubei province has been quarantined for more than a week after it was reported the coronavirus outbreak started at a meat market in December.

The death toll from the virus in China has reached 304 and the number of cases is 14,380. One person has died in the Philippines.

It’s thought that by finding Patient Zero their blood could act as a baseline from which to measure the virus’ behaviour, characteristics and mutations.

Medical science journal The Lancet recently published an update into the first known clinical reports of the virus.

A large group of Chinese researchers reported that 13 of the first 41 cases had no link to the Huanan seafood market in Wuhan – which is where the virus is thought to have originated from.

Daniel Lucey, an infectious disease specialist at Georgetown University said: “The presumed rapid spread of the virus apparently for the first time from the Huanan seafood market in December did not occur.

“Instead the virus was already silently spreading in Wuhan, hidden among many other patients with pneumonia at this time of the year.

The best candidate researchers have been able to offer as a potential Patient Zero, is the person admitted to Wuhan hospital on December 1.

“Whether this patient was infected from an animal or person in November, or directly or by fomites [objects or materials that carry infection], his infection occurred at a location other than the Huanan seafood market,” Dr Lucey told the Science Speaks blog.

BATS THE NUMBER ONE SUSPECT

Imperial College London infectious diseases expert Neil Ferguson told The Guardian that officials needed to prepare for the possibility that containing the epidemic might not be possible.

Bats remain the number one suspect for the origin of the disease, as the animals have a unique immune system which enables them to tolerate viruses.

Dr Lucey argued that human and animal specimens collected during 2018 and 2019 must be tested for the virus or its antibodies and all other animal markets must be put under observation.

“There might be a clear signal among the noise,” he said.

China’s health minister Ma Xiaowei has warned the coronavirus already seems to be mutating and jumping from human to human much quicker than when the outbreak first started.

The virus belongs to the same family as SARS which killed nearly 800 people between 2002 and 2003.

NO LIKEY THE LIGHTY

Gran found dead after being tormented by daughter murdering grandchildren

The World Heath Organisation (WHO) declared the killer outbreak in China a global public emergency on Thursday.

Facilities in the city of Wuhan have been pushed to breaking point, with social media footage appearing to show hallways packed with patients waiting to be seen and staff stepping over dead bodies.

Other clips show exhausted medics breaking down in tears after days of working without sleep.

UK coronavirus live: British death toll up by 20% to 4,313, with five-year-old among dead – The Guardian

UK coronavirus live: British death toll up by 20% to 4,313, with five-year-old among dead – The Guardian